Last weekend with the bees.....

Last weekend a friend came to visit and I talked him into doing some gardening for me.  I did do a little bit, but not a lot.   My garden is, potentially, a thing of great beauty, but is a source of great frustration to me, mainly because I like the idea of gardening, but it never really comes about.

Anyway, whilst my pal was doing some gardening he said to me "why are there so many flies about?"   So I stuck my head out of the door and said "I don't think they are flies, I think you've disturbed a wasps nest", because over in the corner of the garden there were a lot of buzzing creatures.    However, this struck me as a little strange as neither of us had done anything in that part of the garden.    A little while later they were still flying around but it occurred to me that it could be a swarm of bees.   So I did a bit of googling and discovered that it was indeed a swarm.

So, not being at the point in my career where I figure beekeeping is going to be part of my future, I reckoned I need some help and found the following information about beekeepers that can help out with a swarm.   And a very nice gentleman came along and took them away for me 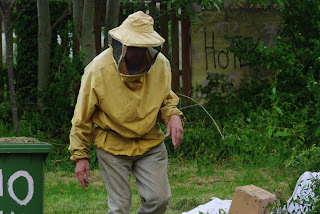 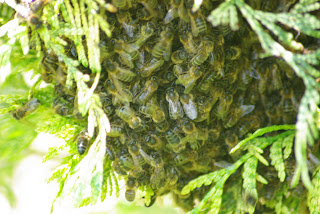 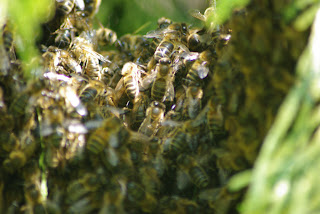 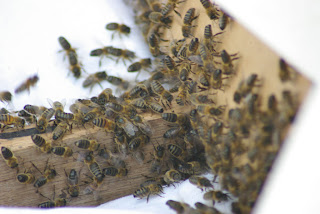 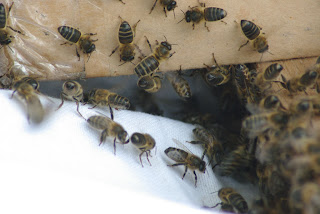 And these are the very bees that were in my garden.

And the beekeeper did have 3 hives last year, but lost 2 of the colonies over the winter, so hopefully these bees will settle with him to replace one of the two he lost.

And when I find them, there will be some other photos of my garden, then and now and hopefully in the future.