One of my favourite digi artists around is Beccy Muir from Beccy's place.   Until now she has been generosity itself and her images have been free.  Now she has finally come to her senses and is opening and online store, which is due to open within the next few hours.   If you haven't seen her work go check her out here

Just a quickie this morning to say I've nearly got my crafting mojo back.

I've joined the PolkaDoodleDandies FB group and we had a challenge to use the sketch that Nikky Hall had done specifically for the group in a project.   I've had a Grand calibur for a little while but not really used it for one reason and another.   I don't have hundreds of dies but I do have Labels 1 in both normal nestie size and grand nestie size.   So after I'd done some colouring I dug out some papers I just happened to have lying around and used various sizes to produce the following 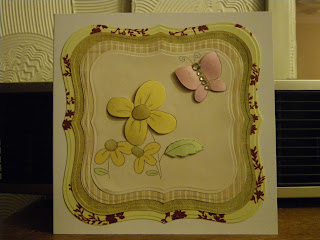 Thee background to the top image is coloured in using linen flexmarker, then I coloured over the top using the focus colours.  A little bit of decoupage going on as well.
Most of the papers used were double sided and I cut the middle bit out of one of the layers to use on another card.   But I didn't know what to do with it.  Now given that my sister had given me some Core-dination card from Crafter's Companion for Christmas and I had not used it I thought I'd have a bit of an experiment.  So using an Impressability stencil and the GC I produce some background paper, and doing the whole sanding down thing made it look quite nice.    So I now had the background prepared, but needed a bit of a focus, so decided I wanted to have a watercolour "something".    So pulled out a stamp (Popcorn the Bear) and my Whispers watercolour pens and had a go.    I'm not entirely happy with the end result, but it's it's passable.
And here it is. 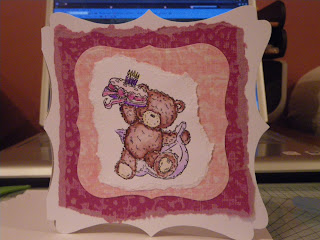 I think it's been about 6 weeks since I last did a blog entry, and I've not been very productive in that time, in terms of crafting, but I have done some other stuff.    I'm the first to admit that I'm a bit slovenly around the house, some of this is due to depression, some is down to not having any energy at the end of the working day/week, and some of it's down to pure laziness.  But for some reason, just before Christmas I looked at the house and thought "how the heck have I let it get this bad"  Fortunately I had some time off over the Christmas period and spent nearly all of it scrubbing the ensuite and kitchen.  The rest of this year will be spent maintaining that and trying to do a bit more so that by next Christmas all I'll have to do is flick a duster round and it will be presentable for visitors.

There would be a picture of the nice clean kitchen here, but I've just remembered I took it on my phone, so it's not saved on my laptop.

But what is stored are my photos of my first garden project of 2012 - the shed. 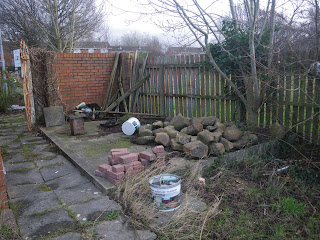 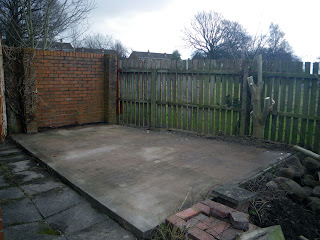 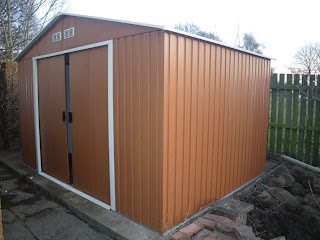 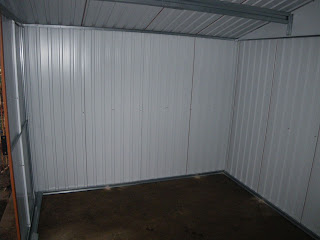 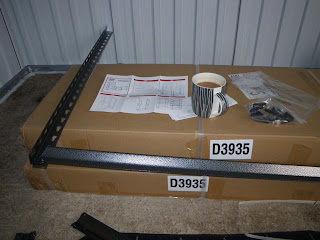 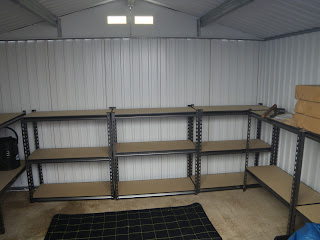