Good evening - the card I added the other day, which I said might not be finished because I had started it with the intention of entering it in a challenge, and now been added too to meet the conditions of the challenge.    As a card I preferred it without the extra bits, but I haven't had time to make another one to suit, so here is the updated version and I would like to add it in the MSE Bingo Challenge - Square (topper) button (flower buttons,with jewels on top, and chipboard heart buttons) and Stars (on the one backgroundpaper and on the gold holographic mat)
I would also lik to add it to the http://creationsbygillm.blogspot.com/2011/02/blog-challenge-1-hearts.html - it is her first challenge and this is the one I started it for, but got stuck on the heart bit.  This is the first challenge I have entered where you have to base your card on a sketch, so not entirely sure I fulfilled the criteria, but it was fun. 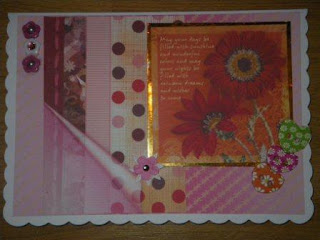 just a couple of cards

I know a couple is officially 2, but I have, although, if truth be told I'm not sure whether I've finished one of them because I started it with the intention of entering it in a challenge and it's not yet fulfilled the criteria, but it kinda feels finished.
So, in the order in w hich I hope they appear
1) the unfinished card (maybe)
2) a fab glam 50s birthday card (possibly for my pal for thurs 26th)
3) a birthday card with a promarker coloured patchwork chicken (freebie from http://beccysplace.blogspot.com/2010/08/quilted-chicken.html)  Officially it's a rooster 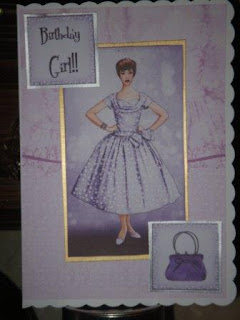 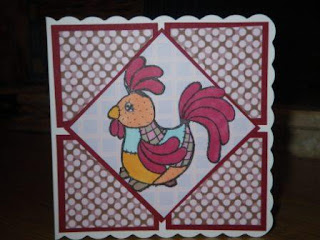 All card blanks from QVC and all background papers from one, or another of the My Craft Studio CDs.

It's no secret to people who know me that I am on medication for depression and have, as part of my treatment undergone counselling.  Mostly I am well, and deal with situations in my life as they arise.  But it is a daily progression, and some days are better than others.  And the last few have not  be so great.     But writing stuff down is great therapy - I have written today's post at least half a dozen times, each time deleting huge sections of it, then writing another great long post, and deleting it and writing something else.

I may not have saved it, and I may not be sharing it with the world at large, but the very fact that I wrote it down helped.

And what I also did today was make a couple of cards.   And take pictures of them.  And also took a photo of the Barbara Gray Artwork that I was lucky enough to win on Create and Craft TV.

One photo below is the card my friend asked me to make for her son for his birthday, one is my first attempt at an "on the shelf" card from the MCS Papercraft library CDs and the 3rd is the barbara gray artwork.  If they don't go up in that order I'll let you guess which is which. 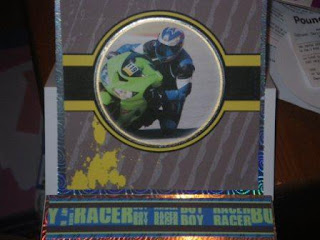 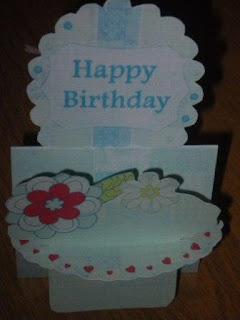 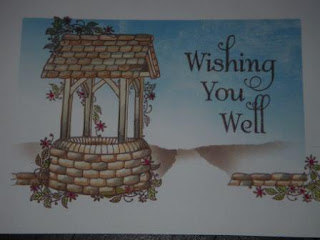 Late night/Early morning wishes from this part of cyberspace

Last night's early night didn't turn out quite the way I hoped.  In fact it was 12.30 when I turned my light out.  I did put some of that time to good us and finished the card (commissioned I'll have you know) for a colleague's dad's birthday. 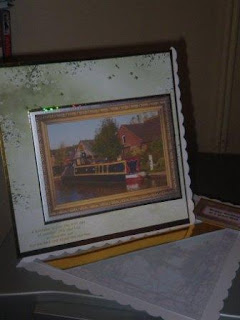 in the words of Bob Geldof....

I don't like Mondays.  I don't know what it is about the first day of the working week, but I'm always absolutely exhausted by the end of it.  I think it's partly due to the fact that I @rse about for most of the weekend, then at about 8.00pm on a Sunday night I realise I should have done so much more, and start doing stuff.   And of course doing stuff, and putting off going to bed (thus postponing, at least in my head, Monday morning)

So last night, one of the things I did was to make a Beatrix Potter card using the Crafters Companion CD.  I don't like the CD itself as much as the My Craft Studio range, but lovely images.

And here it is 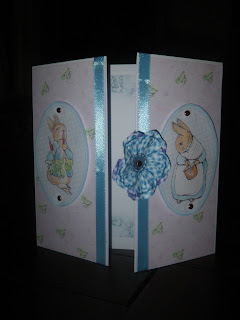 The flower on the card is one from the Papercraft set from MCS (no 3 - Violet) and as was demonstrate on the TV you completely scrunch the flower up, then unscrunch it and it looks so much more effective. 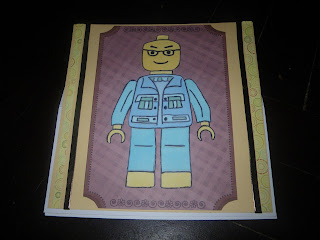 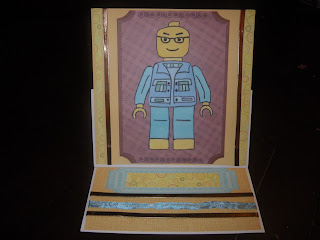 Another quickie, this time with one finished card complete with digi lego man, which is courtesy of http://sketchedbypaperdoll.blogspot.com/
Posted by Georgiegirl2012 at 00:41 5 comments: